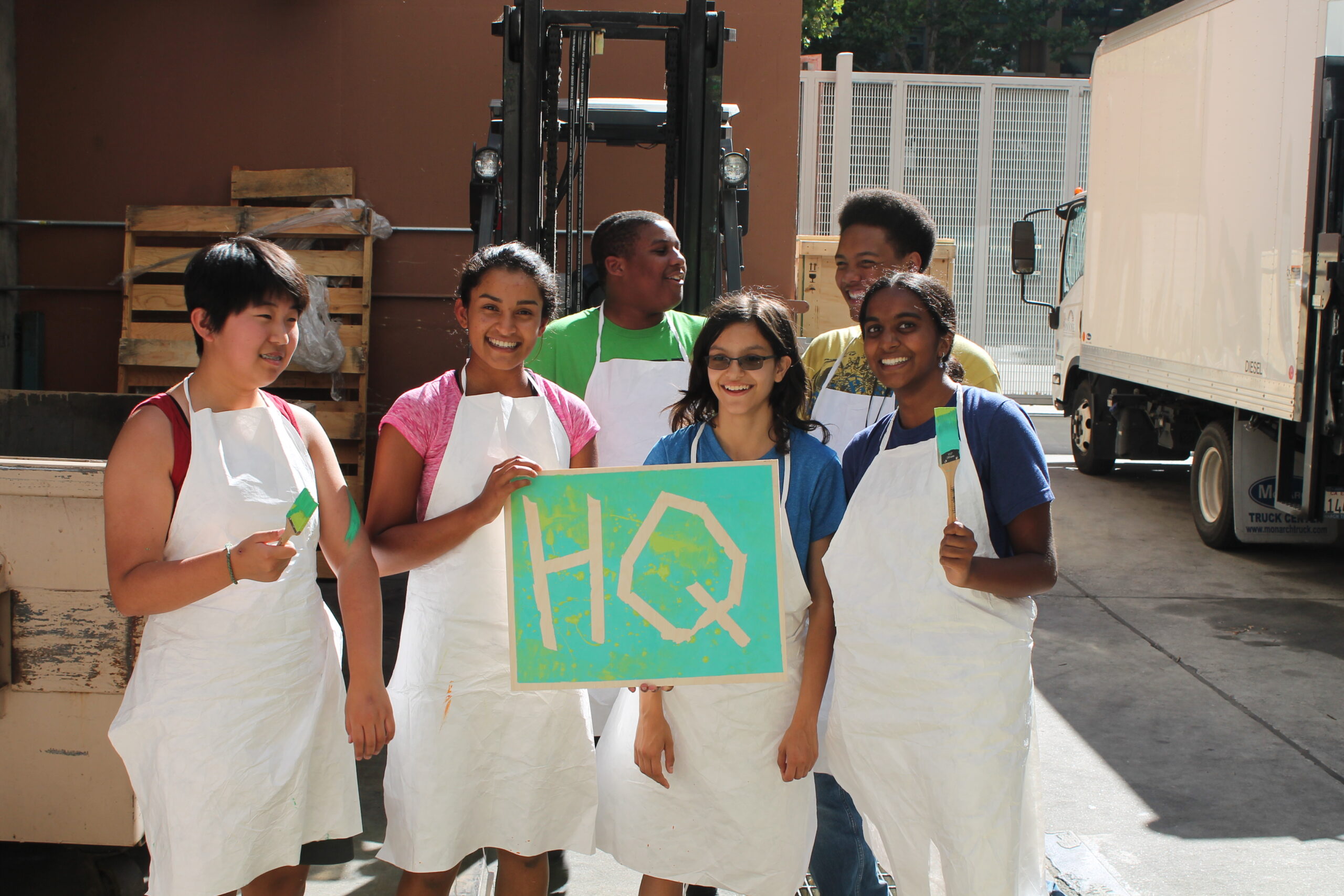 The San José Public Library’s TeenHQ (teen headquarters) opened its doors on August 20, 2016, at the Dr. Martin Luther King Jr. Library in downtown San José and is a unique place designed exclusively by and for teens in middle and high school.

TeenHQ provides an environment for innovation flourish. Youth gain access to a recording studio, gamer lounge, Makerspace, and a hangout zone equipped with unique furniture and a large teen book collection. In the private Recording Studio, teens can produce their own music through computer and mixing boards to produce musical tracks as well as a computer inside to record vocals and instruments. The Gamer Lounge is a safe space for teens to socialize and spend time with peers, having fun using the Xbox One, PS 4, Wii U, and two virtual reality (VR) consoles. Having access to Virtual Reality (VR) has been especially enjoyed as it boosts technological curiosity, exploration, and problem solving while allowing our teens immerse themselves into a three-dimensional, computer-generated world. And last but not least, TeenHQ’s Makerspace serves as a collaborative studio space for teens to learn through hands-on exploration with a 3D printer, laser cutter, sewing machines, microscopes, CNC machine to create computer models to carve wood, plastic and metal, and more.

The Library’s TeenHQ was designed in alignment with our commitment to digital equity and inclusion by providing access to technology, connectivity, and relevant content and services for youth. Pre-pandemic this space was heavily utilized by our community, and now as we transition to welcoming youth back in-person to take advantage of this teen dream hub, it is critical more than ever to have this safe space with access to technology and equipment available to teens to ensure they can continue to learn and grow through these hands-on exploration opportunities.

TeenHQ is a safe and positive working space for our youth to hang out, mess around, and geek out (HOMAGO). The HOMAGO model has been shown nationwide to be the best environment for teens to encourage social, emotional, and academic development where innovation can flourish.

Whether teens need assistance with life skills, learning to write code, or connecting with peers, TeenHQ has something to offer. The Library partners with Life Skills Academy to host workshops in a number of topics such as Getting into College, How to Get a Job, Your First College Class, Cooking on a Budget, and more. In its pilot year alone (August 2016-2017), we had 200 teens attend these Life Skills Academy workshops – all hosted in-person at our TeenHQ.

TeenHQ also partners with the Silicon Valley Leadership Group to lead the Coding5k Challenge and served as the pilot site for the Coding5k program. Throughout the summer, TeenHQ teens can volunteer to teach other teens subjects such as JAVA and Python. The goal was to have 5,000 unduplicated K-12 students participate in these coding classes, annually, by the year 2020. We are excited to share that we surpassed this goal a year early in 2019, having over 6,000 participants and the program continues to grow.

If you would like to make a gift to support this program, please use our donate form below and select “Other” under “Where to Give” and indicate Teen HQ in the space provided.

Your ticket for the: Teen HQ