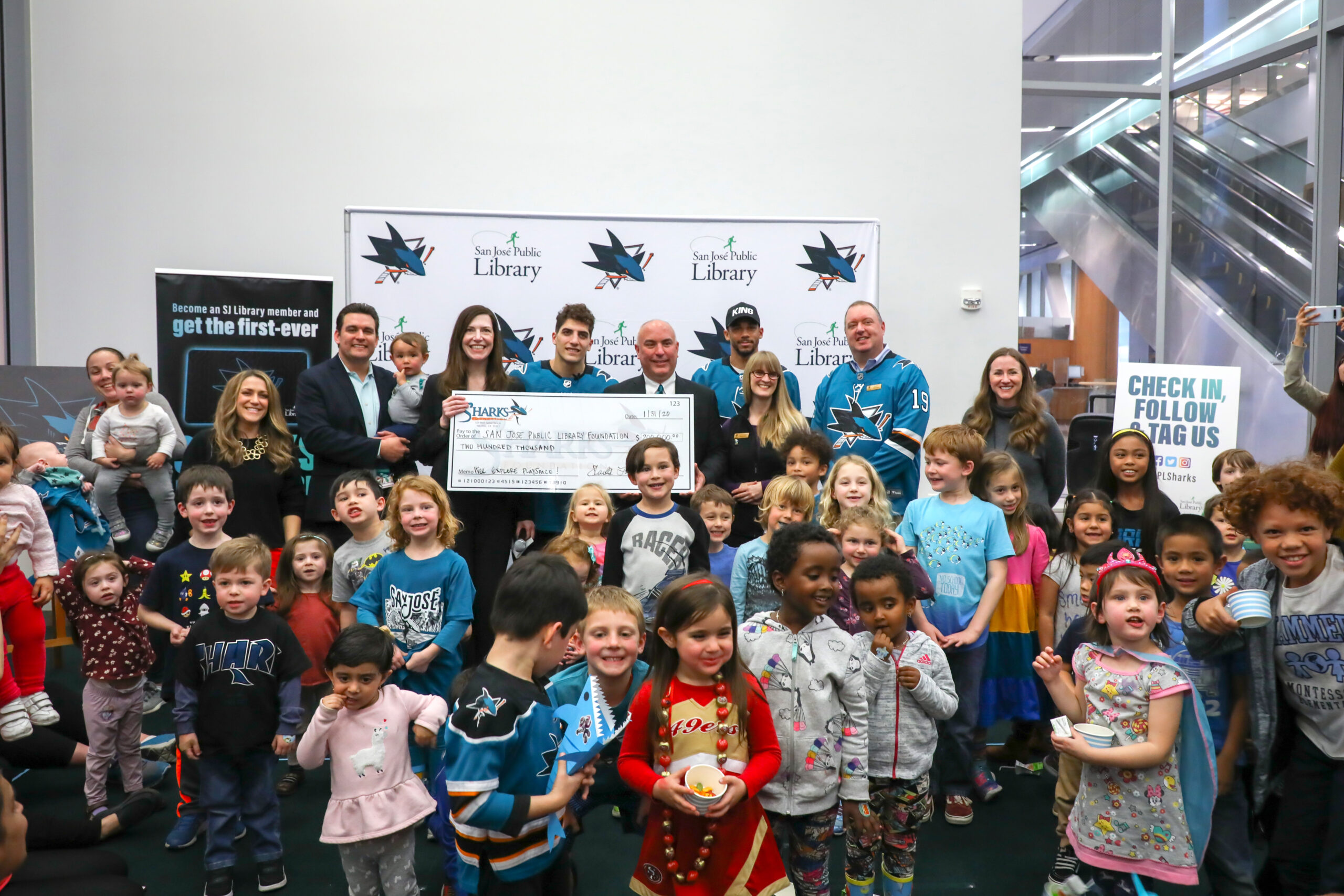 There are two major ways that we will achieve these numbers. The first is by focusing our resources on increasing access and opportunity to learning for all members of the San Jose community creating a ripple effect as more and more people share these opportunities with their friends, family and neighbors.

The second, which is designed to ensure the long-term sustainability of the Library Foundation for the next 5, 35, and even 350 years, is the establishment of the 35th Anniversary Catalyst Endowment Fund.

The endowment will be an unrestricted fund that will allow us to spend, save, invest, and distribute investment income according to the Library’s and our community’s immediate needs. Monies raised at the Gala Celebration will kick-start the fund, with the goal to reach $350,000 by the end of 2022.

Please join us in making that transformation for San Josetoday and for the next five years, so that five years from now when we’re celebrating our 40th anniversary, we are in a position to have served over 500,000 people and have made significant progress in building a community where we all will thrive.

Pat Dando (1946-2017) served on the San José City Council for ten years, including a term as Vice Mayor. As a councilmember, Pat was a fierce and fearless advocate for her community and the San José Public Library.

After her passing in 2017, Pat’s friends, family, and colleagues formed the Pat Dando Legacy Endowment Fund to memorialize Pat’s love of children and education. This fund was specifically created to support the Children’s Center at the Almaden Library and Community Center.

The San José Public Library Foundation is proud to be the home for this endowment. Funds will be allocated to support children’s programs, resources, and materials at the Almaden Branch Library.

If you would like to make a donation to support this endowment, please visit sjplf.org/donate, select “Other” under Where to Give, and specify “Pat Dando Endowment”.

To commemorate Pat’s legacy, a sculpture by artist Mario Chiodo was commissioned and installed in a plaza outside of the Almaden Library and Community Center. The sculpture features Pat sitting on a bench with two children. Next to the sculpture, a memorial plaque offers a short summary of her life.

This clay model was used to cast the final bronze sculpture that is located at the Almaden Branch Library.

Your ticket for the: Endowment Fund